Student debtors around the country are hosting debt assemblies to kickstart local organizing against predatory lenders and to push for free, quality higher education for all. The movement is being led by for-profit college students who were scammed by their schools.

In August, members of the Debt Collective who attended ITT Tech and Corinthian College met in Ohio to host a debt assembly for local residents. Debt Collective organizer, Latonya, led the event as part of the Black Family Reunion weekend in Cincinnati.

The assembly brought together a diverse coalition. Participants expressed their anger at how for-profit colleges put profits before people and that higher education should be a right.

Nathan mentioned that some schools seem to teach theory and management while other people at low-status schools learn how to follow orders. Steven, who attended a community college and then transferred to an elite college, confirmed that wealthy people get a higher quality education than everyone else.

Attendee Sharon said that she felt people didn't have a choice but to go into student debt if they want a better life. "Most of us are in a situation where debt is the only option." 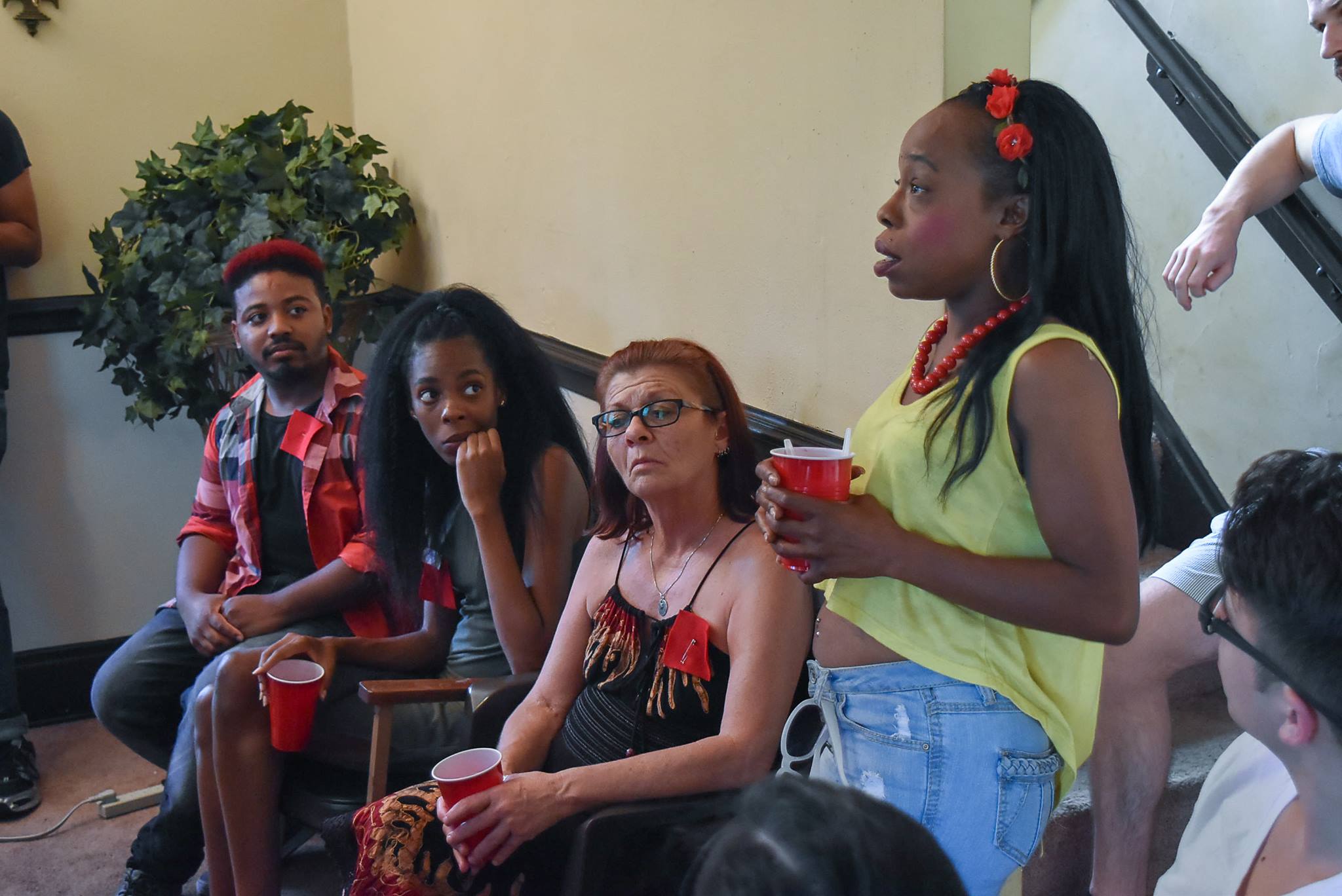 Tenisha said she had never thought about education as a right and she was excited to join the Debt Collective.

Debt Collective organizers emphasized that our demands are similar to demands being made by allies around the country. For example, the Movement for Black Lives policy platform was released earlier this summer. The authors gave a shout out to the Debt Collective and include free education and debt cancellation as key demands.

At the end of the debt assembly, new and old friends gathered on the porch for a group photo wearing their red squares. 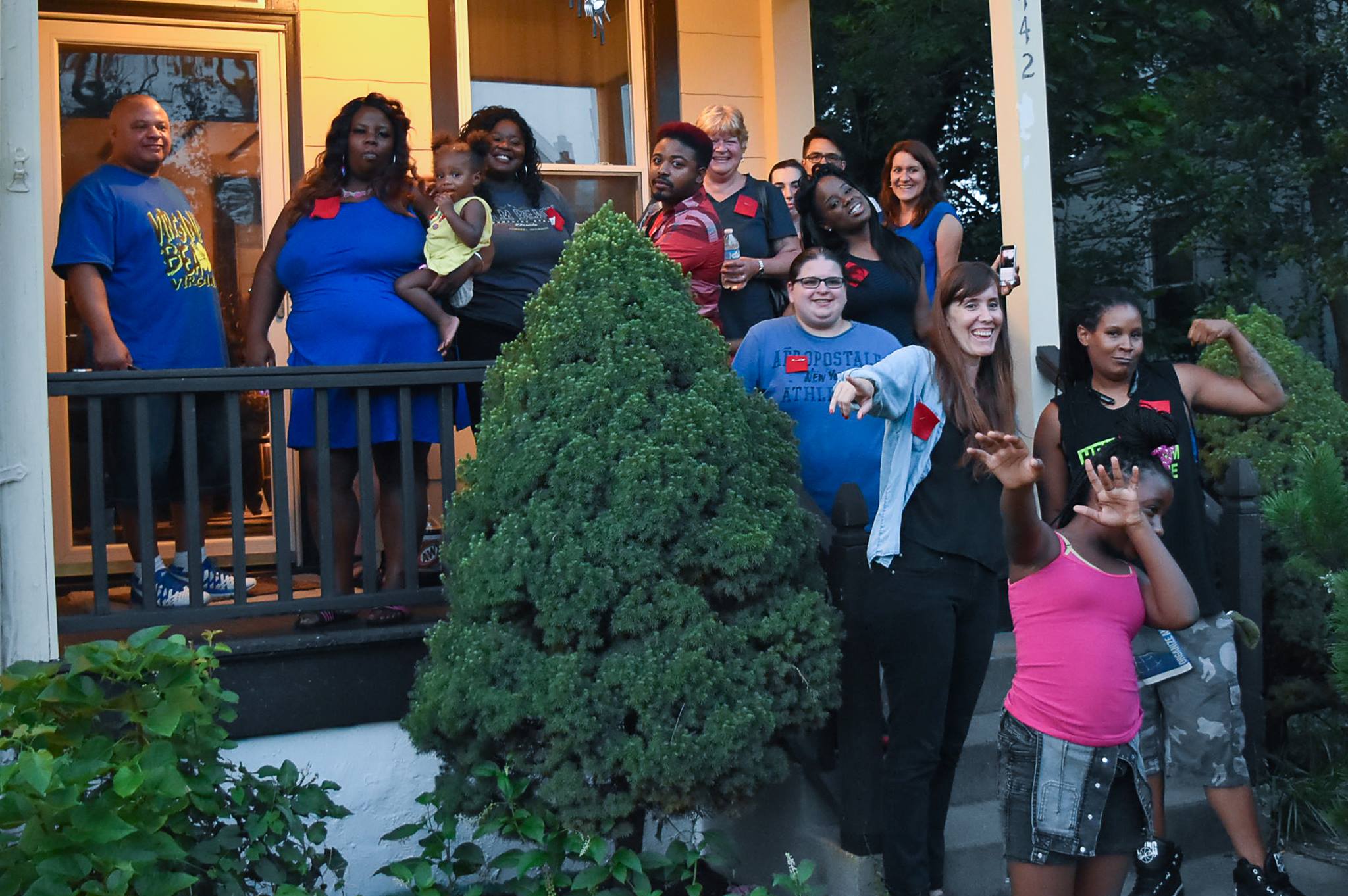 The next day, Debt Collective members attended the Black Family Reunion parade where they spread the message that debt affects people from all backgrounds and, by organizing together, we can end predatory debt for good: "We need education, not incarceration!" 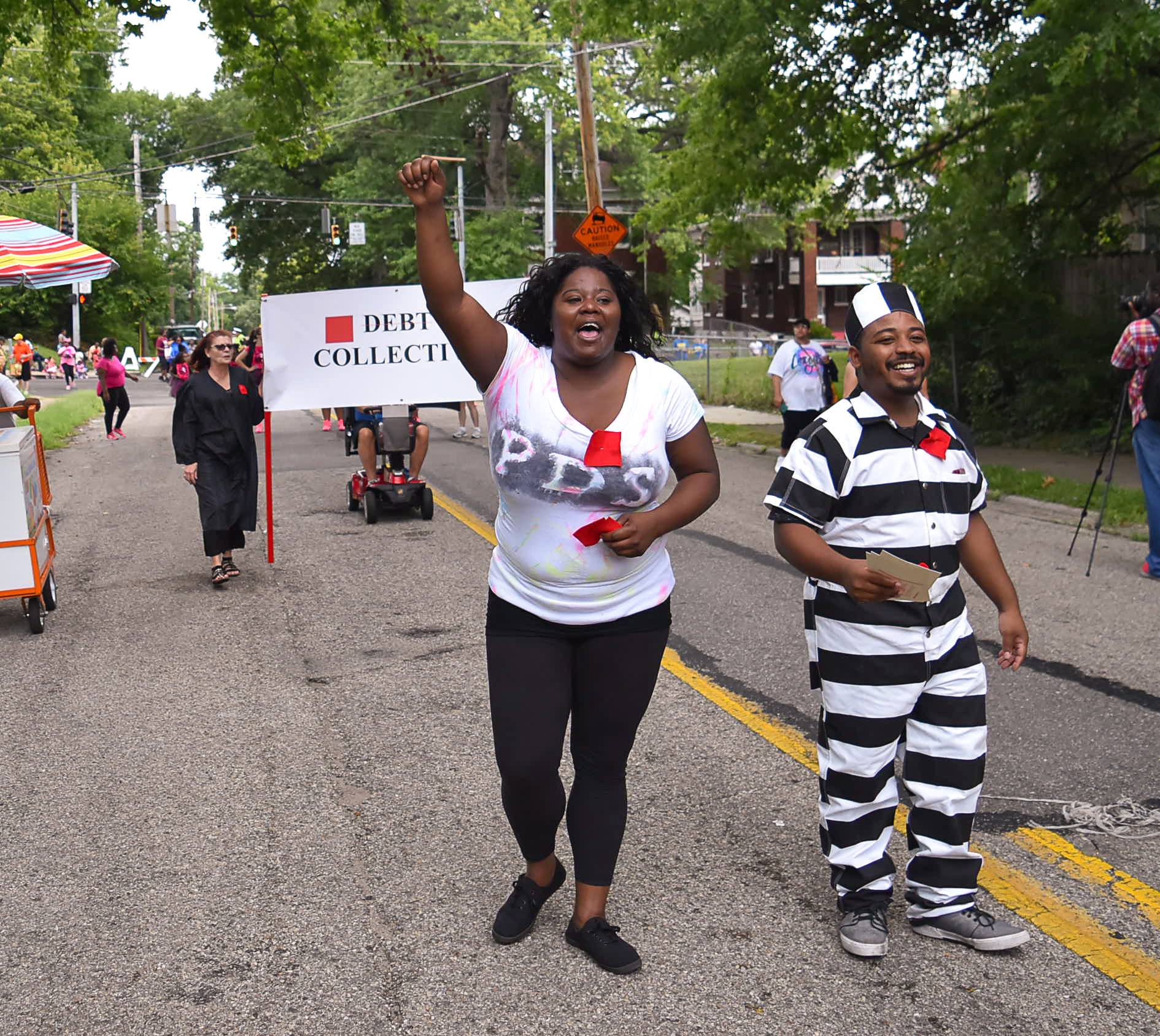 Finally, Debt Collective members capped off a busy weekend at the Black Family Reunion festival where they set up a booth and talked with attendees about how to challenge creditors, including for-profit colleges and the Department of Education. 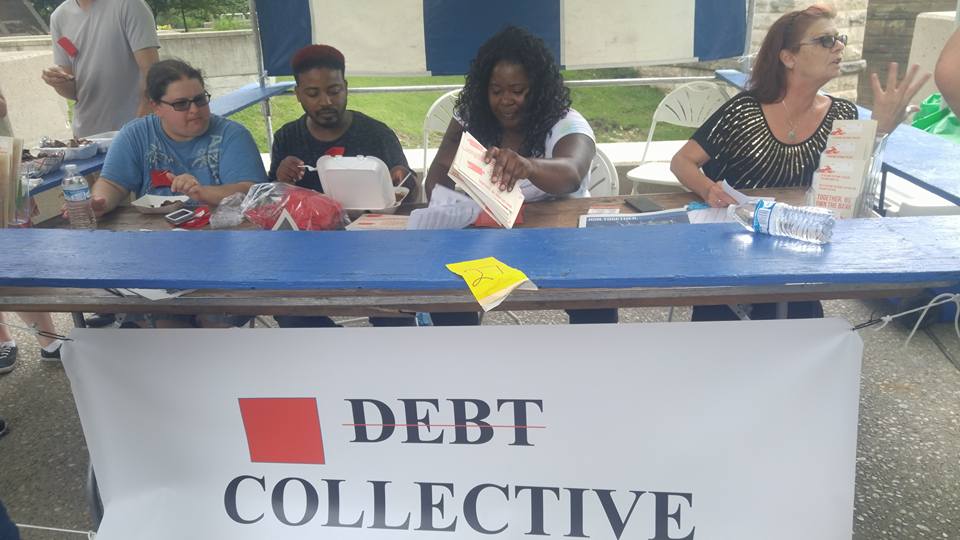 The organizing weekend in Cincinnati was a big success. Organizers spread the word that by standing together we can end student debt and other forms of predatory lending. The movement is just getting started.