Last week, Debt Collective organizers and students from Corinthian, ITT Tech and Art Institutes were on location in New Orleans. 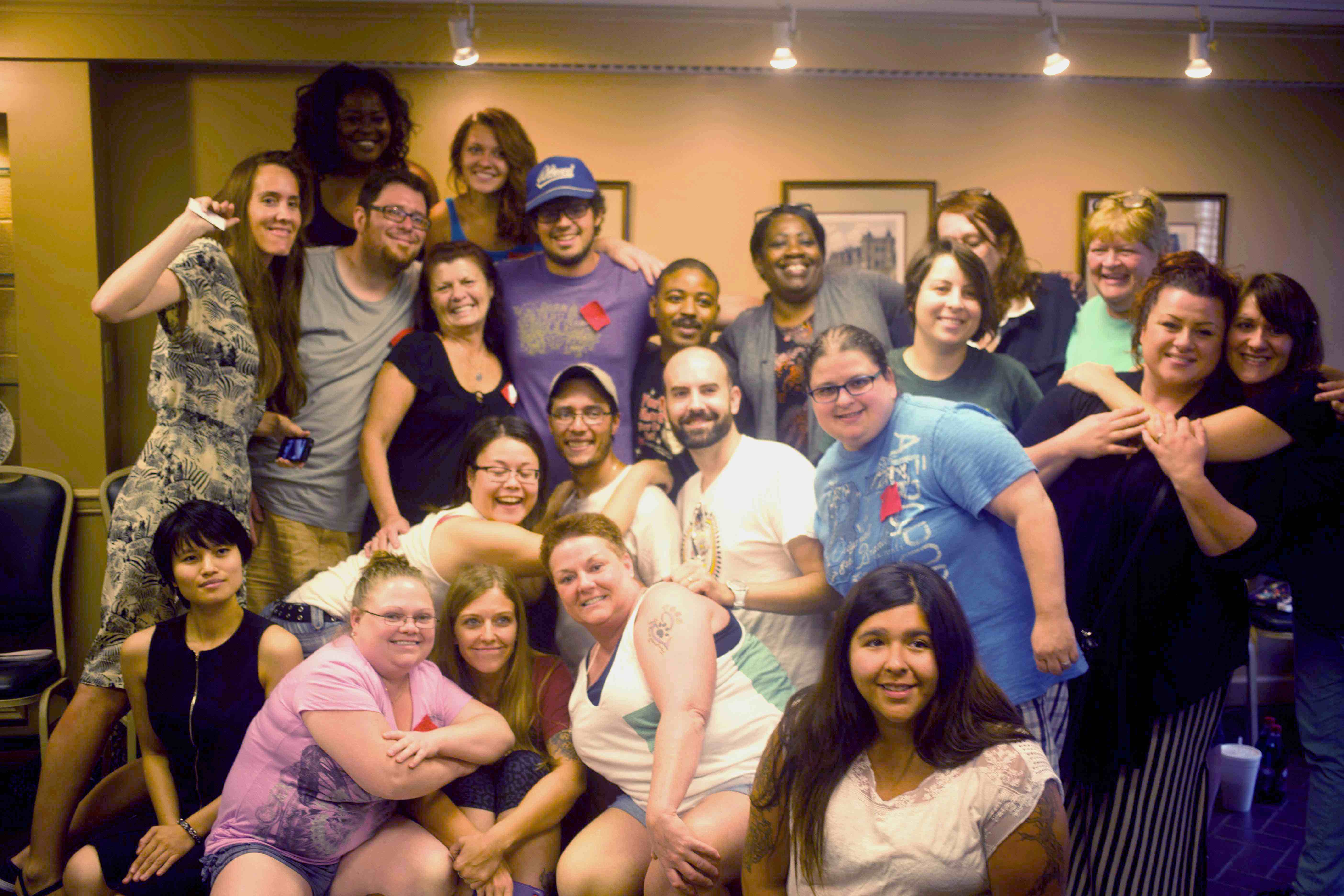 The National Association of Financial Aid Administrators held their national conference in the Big Easy. And we came to pay them a visit!

NASFAA is the professional organization for the financial aid industry. In addition to providing a forum for campus officials to discuss the latest developments in student loan delivery and collection, the conference featured panels and exhibits by student debt profiteers such as Sallie Mae, debt collection companies like ECMC, and lenders like Wells Fargo.

Using a series of creative tactics, for-profit college students and Debt Collective organizers reminded industry professionals that student loans are not “aid.” We asked why NASFAA isn't considering the simplest and most affordable solution to the problem of student debt: free tuition at all public 2- and 4-year colleges. 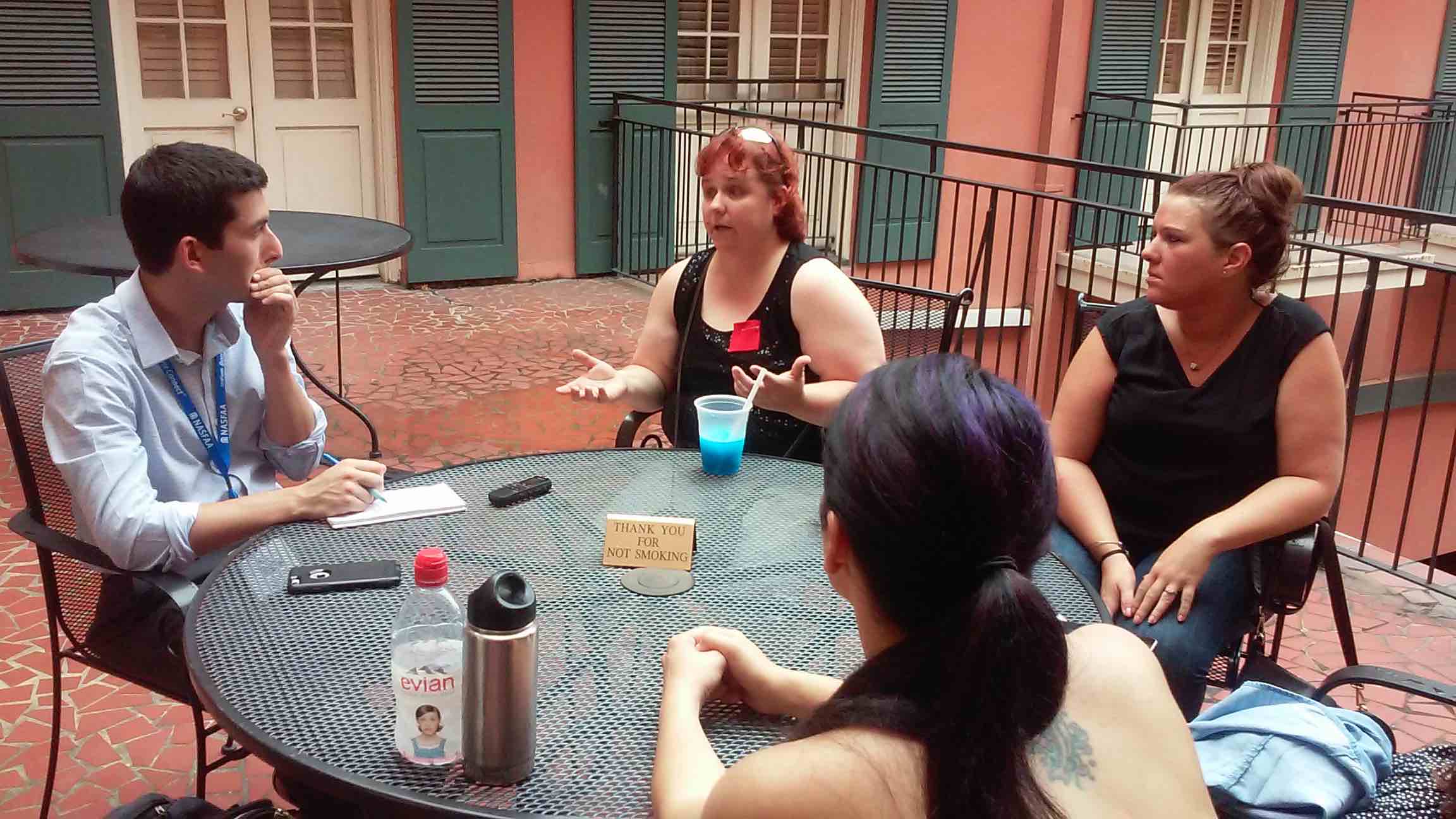 A group of student debt strikers explaining to a reporter why their debts should be cancelled.

To get the word out about how easy and affordable it would be to provide free higher education to all, the Debt Collective team designed a social media hoax.

We used the official NASFAA logo to create a fake Twitter account where we announced that we had won the Big Idea Award, the industry's annual prize for the most "innovative" idea in financial aid. 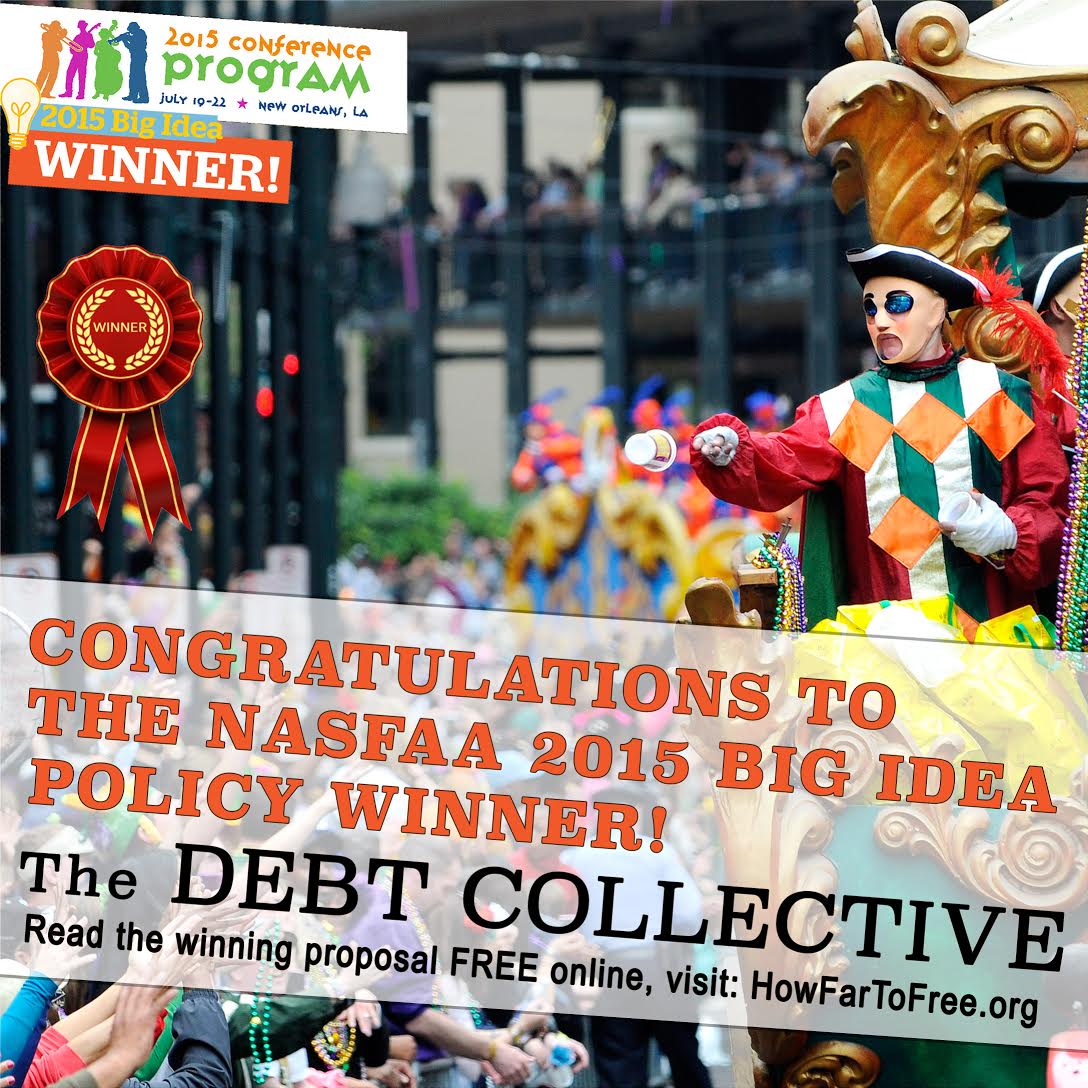 Throughout the day, we asked NASFAA to consider our proposal using the official conference hashtag, #NASFAA2015. 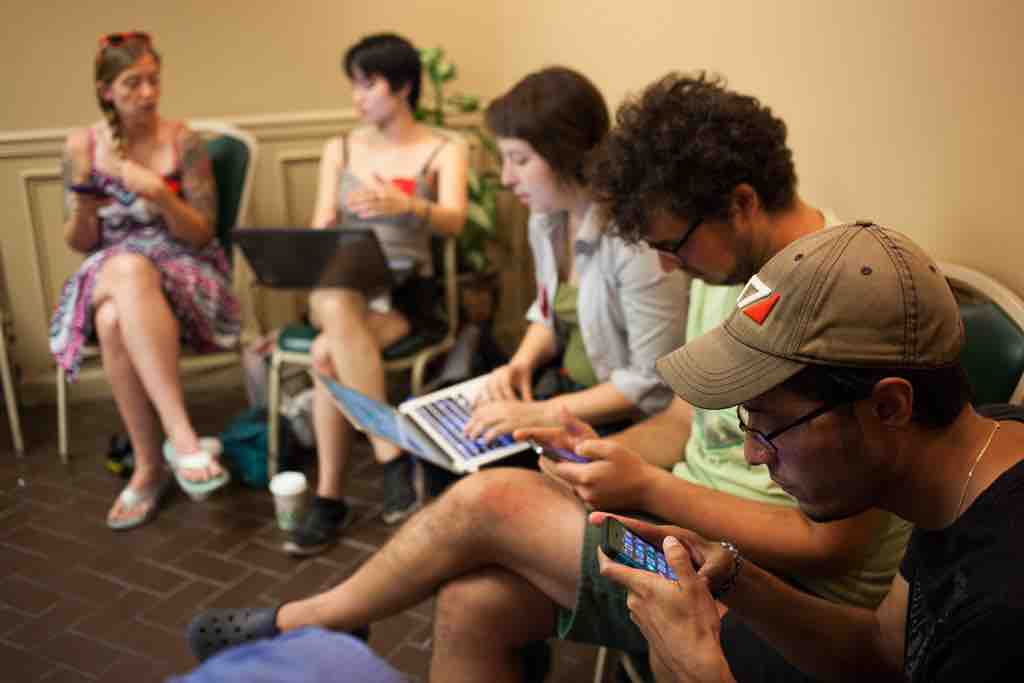 By the afternoon, student strikers and supporters had completely taken over the online conversation, prompting NASFAA to issue a statement that the Debt Collective had not, in fact, won the Big Idea award. 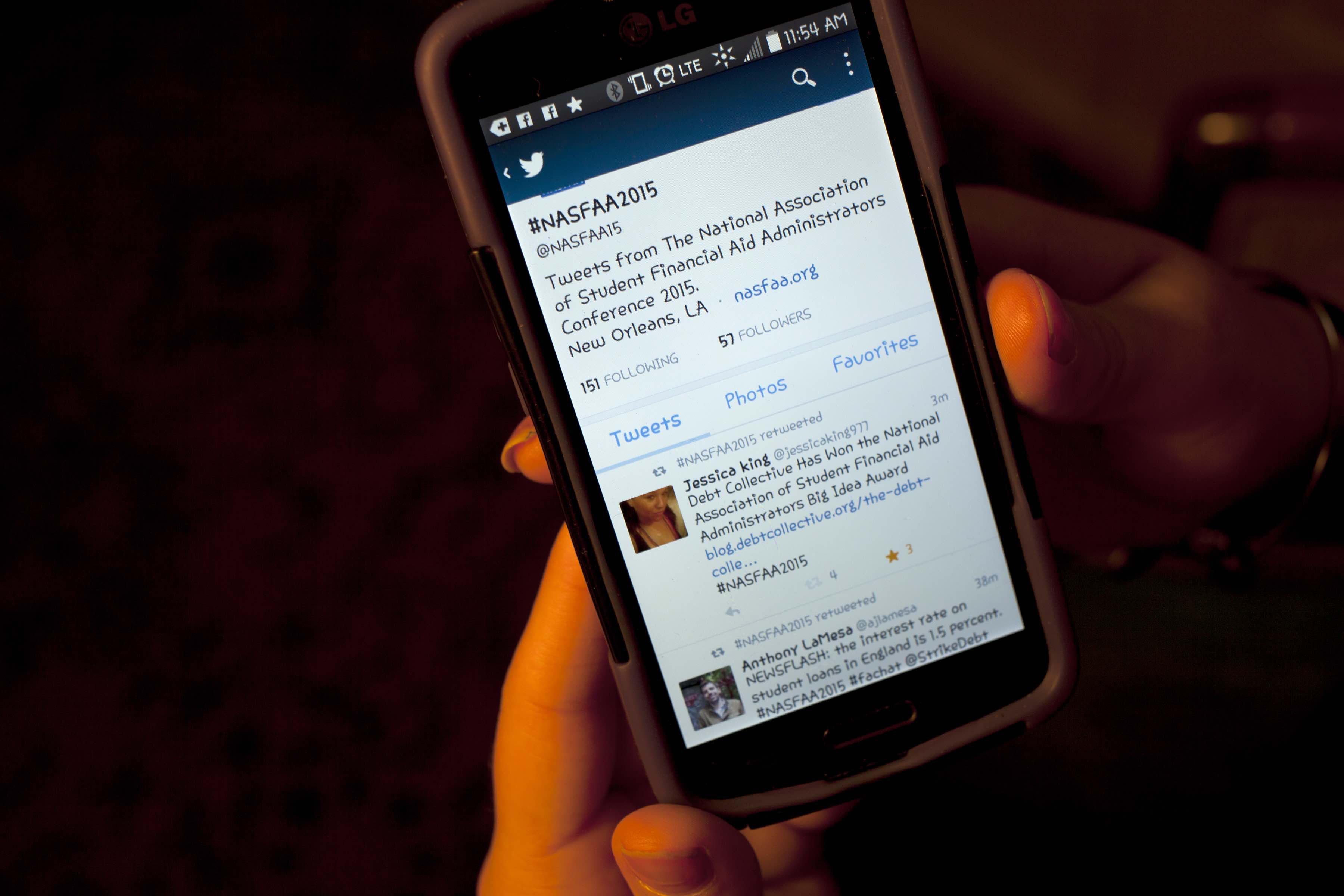 Two days later, our NASFAA Twitter account was finally suspended. By then, however, it was too late. The news was already out that free higher education would cost less than 1% of the federal budget and less than we spend on tax breaks for just 20 corporations.

Our protest of the financial aid industry did not end there. As is the custom in New Orleans, the NASFAA conference included a parade (yes, you read that right: a parade of financial aid administrators).

The only way to counter absurd spectacle is with absurd spectacle. As their parade entered the French Quarter, hundreds of student loan professionals were stunned to encounter a wall of flat screen televisions on a float that seemed to appear out of nowhere. 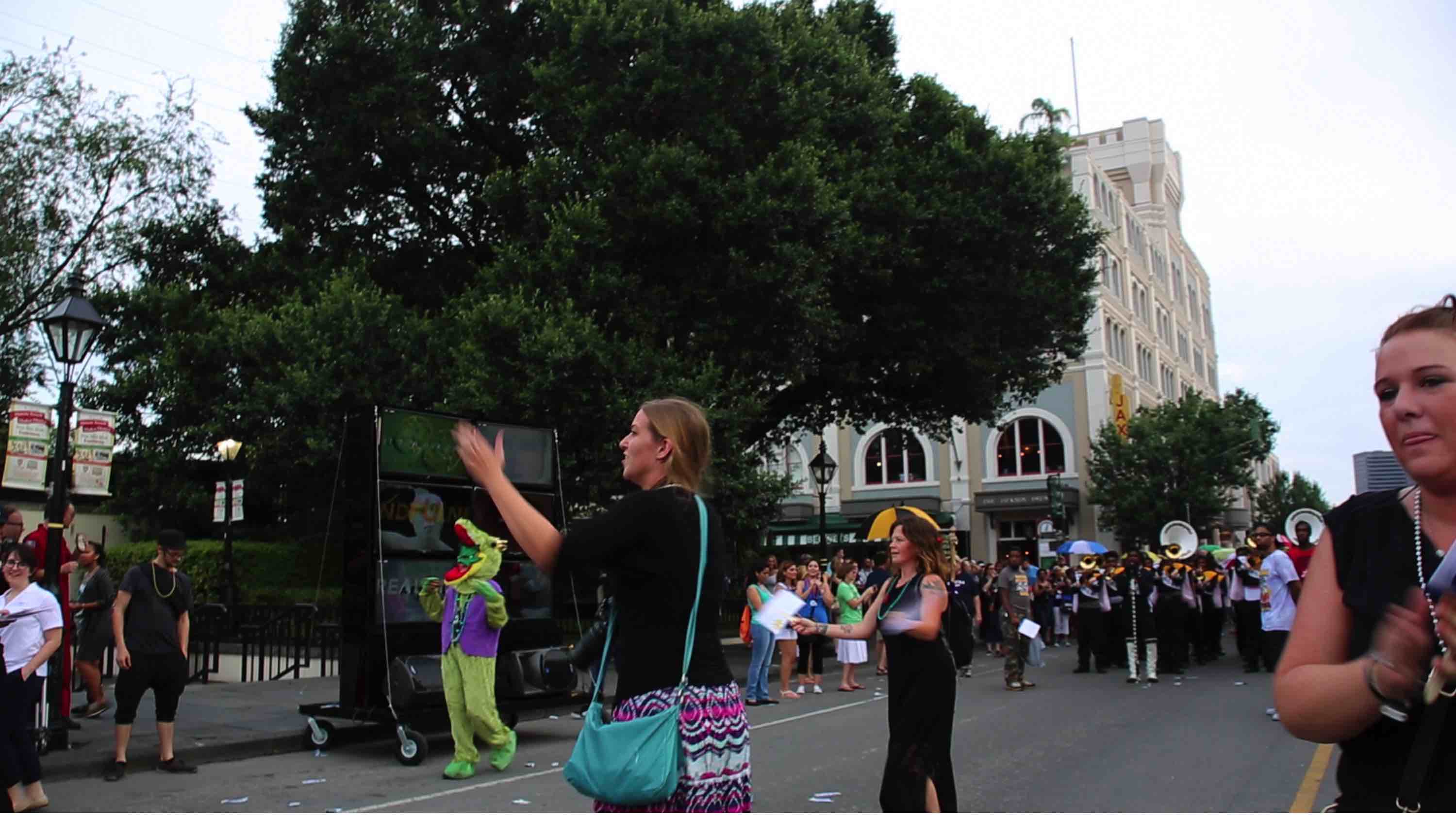 With obnoxious music blaring, the screens advertised a fake company that promised to ease students into student loan payments with meditation and biological data collection.

The float was led by two people in alligator suits and by two student strikers posing as representatives from the fake company. 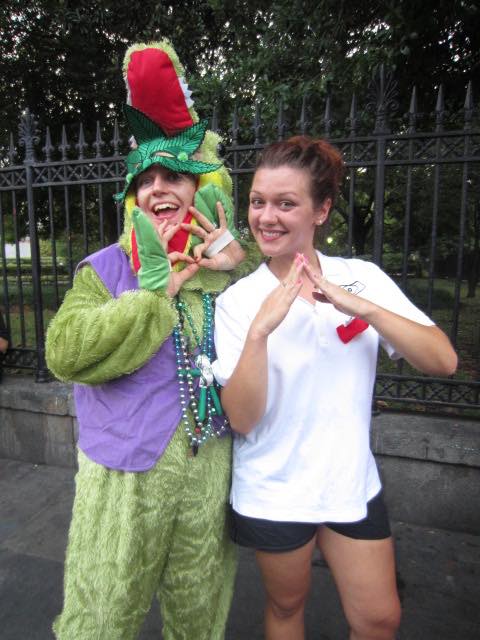 The float, which had been designed by local New Orleans artists, stopped the NASFAA parade in its tracks. Several NASFAA members chanted "No cuts, no fees! Education should be free!" along with student protesters, and along the route others privately expressed their support for free higher education and an end to student debt.

Watch a short video of the parade action here.

At the parade, we handed out fake money in the amount of $35,000, the debt that students have on average after leaving school.

Here is one Debt Collective organizer with her son in the pile of fake bills. 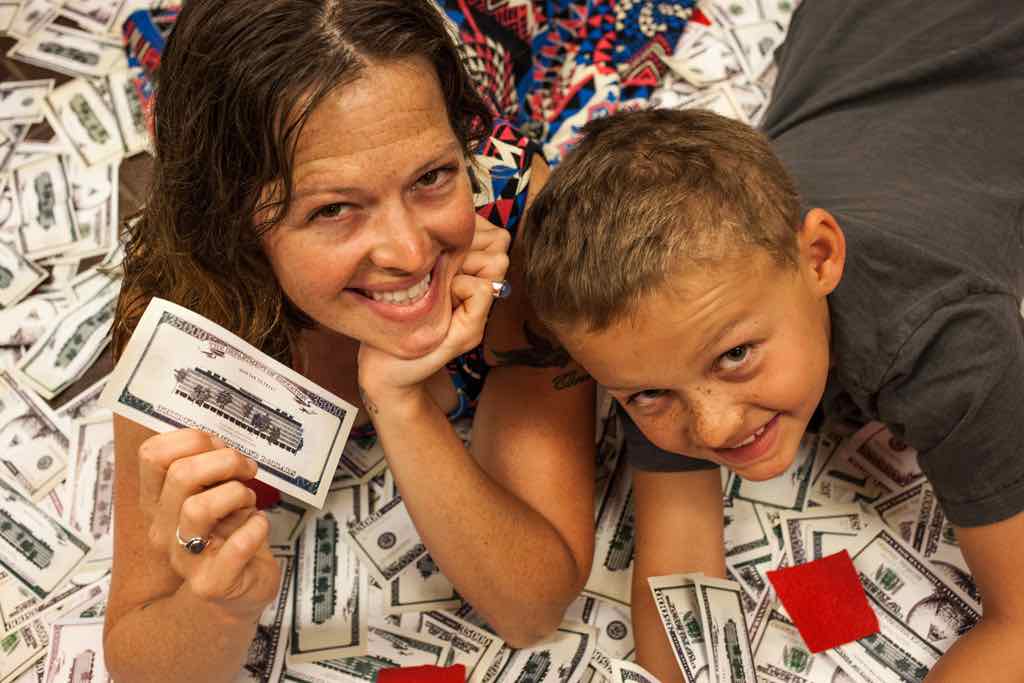 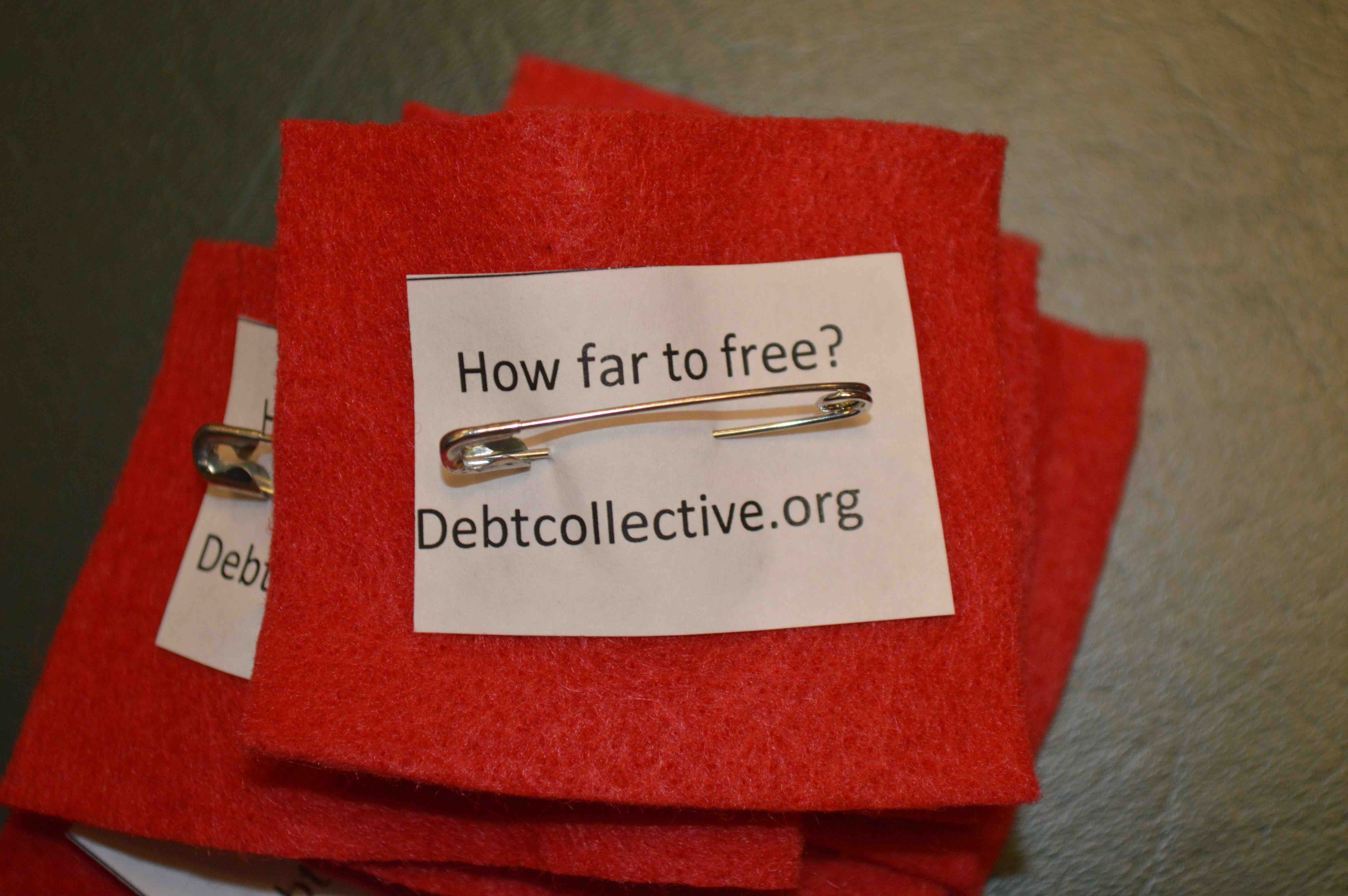 Debt Collective members distributed red squares with a link to our website.

Since it was July in New Orleans, we handed out fans to hot NASFAA parade attendees. The fans included information about how easy and affordable it would be to end student debt and provide free higher education to all. 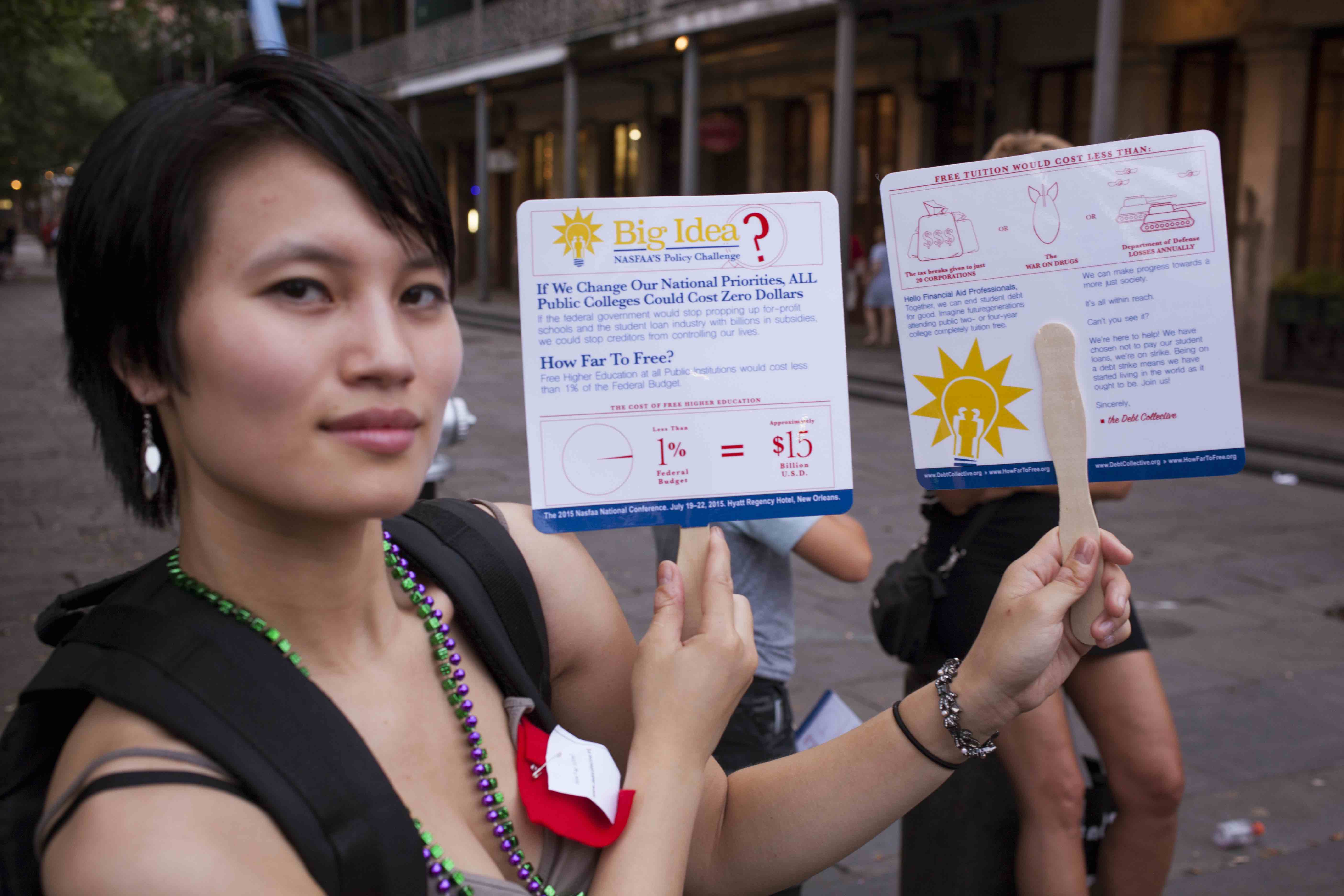 Kim showing off props used in the direct action.

The Debt Collective action in New Orleans was a big success. We were able to persuade many of the NASFAA attendees to think more critically about their industry’s role in promoting debt traps instead of real solutions.

We were also able to influence the conversation in the media. Our action in New Orleans garnered national press coverage, including in the Guardian, Inside Higher Ed, Marketwatch, and Al Jazeera America.

The day after the parade, Debt Collective organizers and for-profit college students stayed in town to hold a series of workshops and strategy sessions to plan the next phase of the student strike movement. 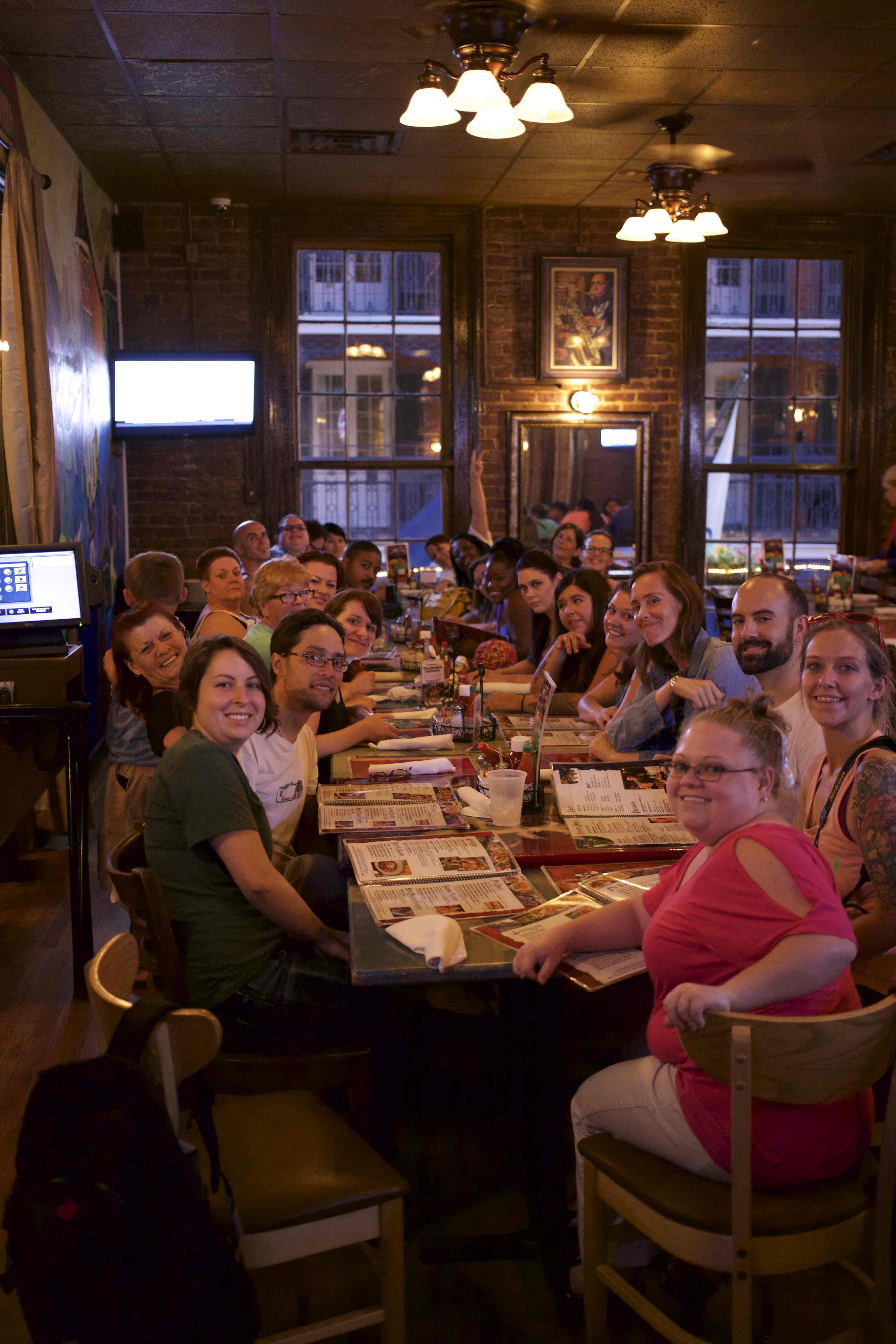 Corinthian students and students from ITT Tech and Arts Institutes are joining together to demand debt cancellation and free education. The movement is growing. This is just the beginning.